my trip up north 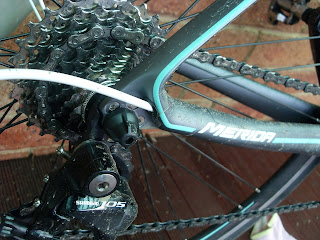 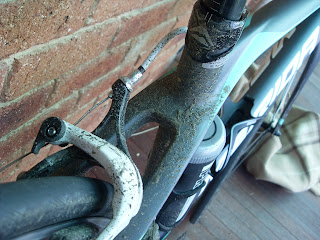 Poor Wasabi, she got very muddy 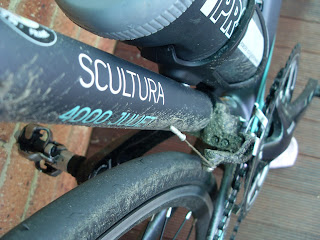 I'm having so much fun riding her, and I gave her a good wash down and she came up a treat. 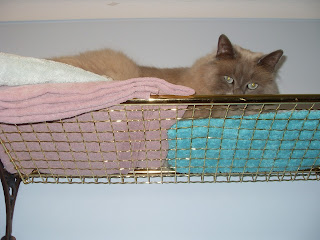 Cookie has taken to the towel rack again as the heating is on most evenings and guess where its warmest? 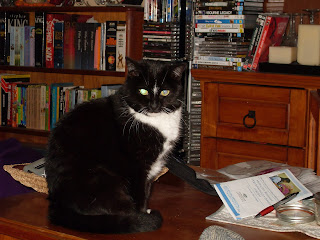 Lil knows the other hot spots and has now become a real indoor cat. 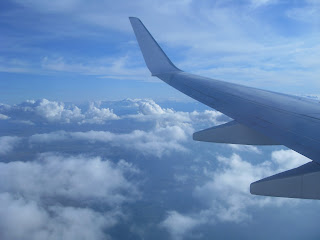 I had a great seat on the way up to Brisbane, I love looking out the window. 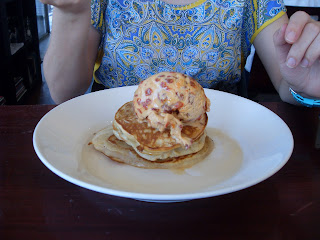 Alexandria and I had lunch/brunch and dinners out.  This was goji berry ice cream on pancakes. 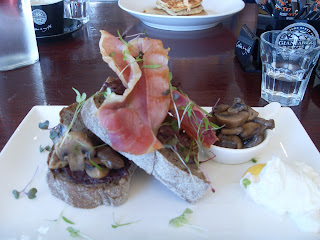 I had the most divine prosciutto, mushrooms and poached egg on rye sour dough with a olive tapenade  that was spot on in flavours.  not to mention the best coffee! 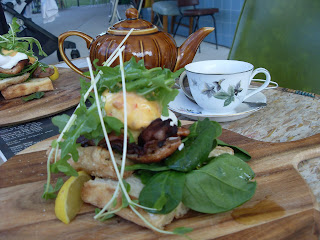 We went to Brighton (Queensland) to a quirky tea house and had more brunch and pots of real  tea served with mishmash of china.  Next door was a bike shop!  not the type I would usually go to but very suitable for the area. 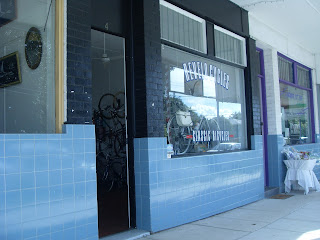 We drove up along the beach fronts and noted how much damage had been done by the last lot of storms, they are now putting the beaches back where they should be. 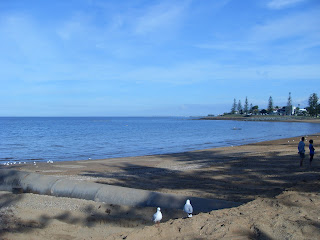 Very near to the froglets house is a reservoir, so we took a drive there and walked the 5km track.  If you look closely in the middle of this photo is a black dot... its actually a very LARGE spider.  I reckon Queensland breed some of the biggest spiders and they spin the most incredible webs, I wish I could take photos that show them better. 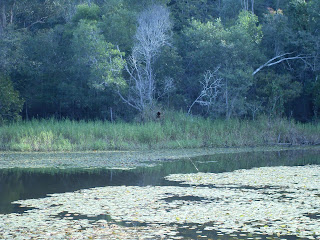 We walked the track and didn't dilly dally as the mozzies would land on you as soon as you even slowed down, the froglet is paranoid about Ross river fever and we didn't think to take areoguard with us. 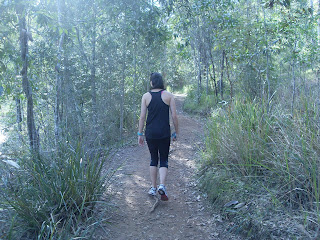 We spied a really decent sized echidna, he had buried himself into the ground and wasn't coming out to say hello. 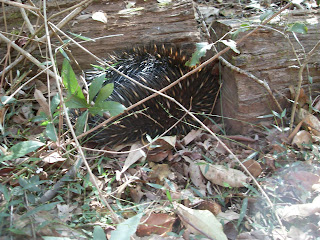 Of course there were bush turkeys running around, they wouldn't stand still for me to take their photos. 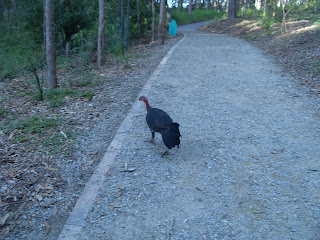 I went into Brisbane city for the day and walked 12km (my vivo fit told me i did!) 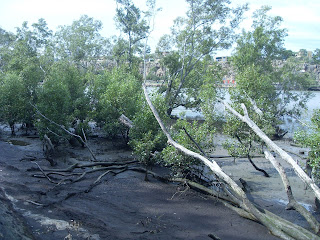 The botanical gardens are much like ours but they have mangroves.  I wasn't really there at the best time of year to see flowers. 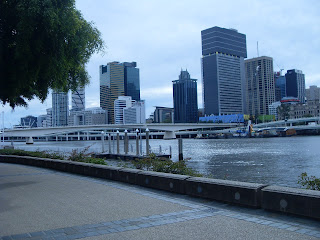 They have a south bank the same as Melbourne but they have a man made beach, now that was pretty awesome. 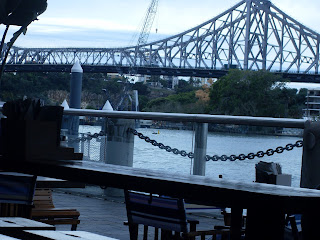 I had breakfast here with this view.  hard life eh?

The best part of my short holiday was of course spending time with the froglet, she is off to Europe in 8 weeks time for a 3 month holiday!  I bought her a backpack and other bits and pieces for her trip.
She is following my footsteps when I was 20 I did the same trip....  now its my turn to worry about her travelling :)
Posted by Libster at 9:24 PM 3 comments: