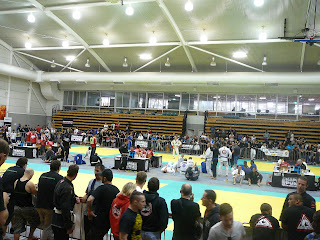 I had a long day on Saturday, I arrived at MSAC (Melbourne sports and Aquatic Centre) at 12noon and didn't leave again until nearly midnight. 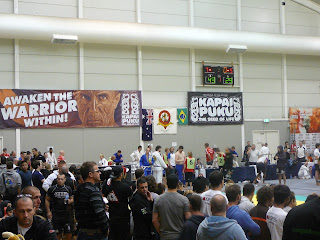 I attended my first Pan Pacific Brazilian jiu jitsu competition, not as a competitor but as a supporter for my eldest daughter. 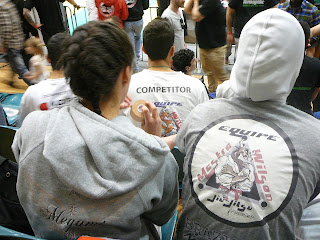 She and her fellow team members all went to war in their weight and belt divisions. The froglet had to win 3 fights to gain the gold. 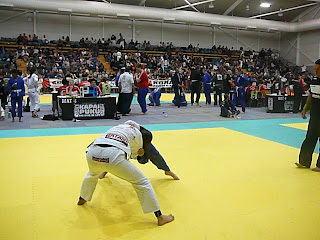 In her first fight, she got scratched so she finished off her opponent in under 2 Min's and choked her out to make her tap (she won!).  The second girl was a bit more scary, she was from NZ and also had a Brazilian coach.  She won by an advantage point!  Then in her final fight she choked out her opponent and won the gold.  they were running 3 hours late so by the time we watched the boys fight it was way past my bedtime. 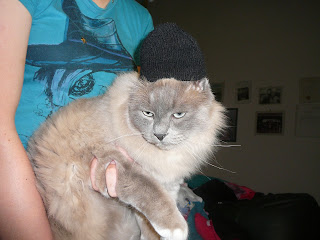 The noisy one decided that her cat needed a beanie as it was cold!  the dog wasn't impressed when it was her turn lol. 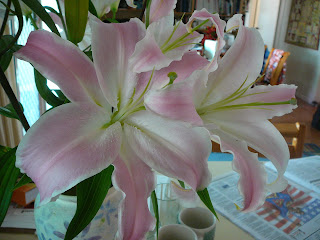 I took some photos of some beautiful lillies that my bestie gave me for looking after her daughter while she went to a wedding.... was such a lovely surprise for doing something that was no hardship.

As for sewing... have been working on a bed runner... still!  and need to make a quilt label.

Have been cleaning up the house for the froglets 18th birthday, I feel old....
Posted by Libster at 10:22 PM No comments: 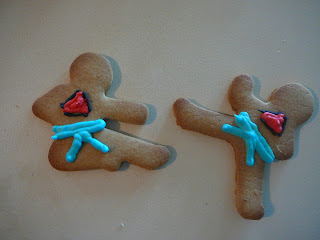 So much has happened since my last post.  I made some ninjabread men for the 1st birthday of the girls dojo celebrations.  The froglet competed in another judo competition and has improved.  She didnt get the win she was hoping for but she is fighting girls with years of experience so understands she needs to be patient.  When the win comes it will be so sweet.

The froglet also had her muck up day and formal.  She was the mad march hare and looked amazing, and even more so for her formal. 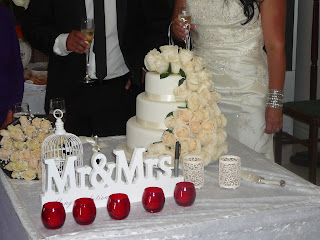 my two best friends got married last night.  It was an incredibly moving ceremony and I was asked to do a reading which I was delighted to do.... when my friend appeared in the doorway I was reduced to a blubbering mess and wondered if I would be able to deliver my reading without breaking down.... I managed to do it with only a few blunders, but no one but me knew i had mucked up the words. 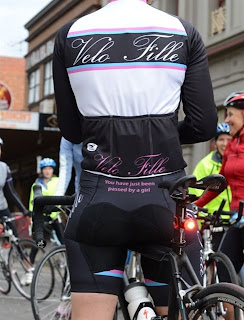 now this isnt me but I love the lycra!  my training buddy and I completed our first ever 100km ride in round the bay in a day.  It was a great day weather wise and we were even more delighted when we beat the boys back to Alexandra gardens!

I found another event for us to take part in.  this time we will be riding with Cadel Evans!  and hopefully go into the guiness book of records. 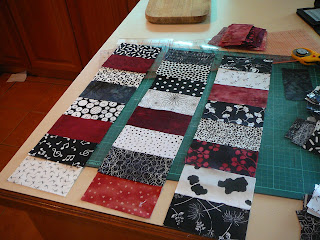 I have some quilting to finish pronto so better get cracking so I can post about the finished article.
Posted by Libster at 9:24 PM 1 comment: