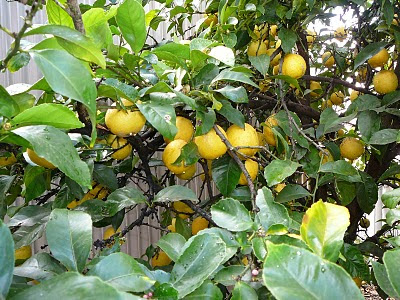 There is a saying when life gives you lemons, make lemonade!! My lemon tree is busting at the seams and I have picked several bags and given them to friends and still have more to give out. Its been a bit wet so am trying to time my picking so that I don't get soaked!

this weekend has been another busy one for us. Friday night saw the girls and I at MSAC for week 2 of winter inter club for the swim club. This entails our swim club and various other clubs from around Melbourne entering in teams to compete in 5 or 6 relays against each other. The teams are split in junior and senior ends and then according to the teams times. Our senior teams are doing very well and might take out premiers. The junior teams are also doing well, I have been babysitting one of the teams for the past 2 weeks, gosh that's been hard work! But Ive enjoyed it.

The froglet then had a Irish dance teams practice for 4.5 hrs, while the noisy one and myself swam at the local pool for an hour. Today was the Irish dance competition, the girls danced very well and I have come to the conclusion that the judge was indeed visually impaired lol.

The day then ended with another big swim competition for both the girls and they did the team proud in their relays and a few individual races. I of course didn't get to sit down until just recently after sorting dinner, ironing and sorting washing.... dang, just remembered I have a load of washing to hang out...groan.... a woman's work is never done!!
Posted by Libster at 11:50 PM No comments:

I have new roster starting next week at work, today I finished the last of my 6 days straight and the last weekend I am rostered on. After doing weekends for 8 years I am happy to be giving them up and will occasionally pick them up when the other clerk is needing a weekend off.

I will now work 3 on 4 off then 2 on 5 off. Should fit in with the gym schedule, the quilting, swimming, dancing and all the other things that I seem to be involved in!

This weekend is no different with 2 swimming competitions a Irish dance teams practice and a teams competition on Sunday afternoon.

I only have 89 days left until I do my round the bay experience and I'm getting very excited about it, hope my buddies are just as excited as I am. I have been watching the tour De France and tonight there is another evening of riding to be seen, however I am not going to sit up till 1am yet again as the last 2 nights I have fallen asleep only to be startled awake because the fisherman is yelling at the television telling them to get a move on.
Posted by Libster at 10:14 PM No comments:

I want cheese with my whine....

Tonight I came home and found the house in a mess, at least 3 loads of washing needing to be done, stuff on the line that could have been brought in days ago, washing on the drying racks needing to be folded,sorted and put away. the dishes not done still (noisy one hasn't done them still) *sigh*

So I quietly cracked the shits and decided that I wasn't going to make anyone dinner nor was I going to ask anyone... I don't think they have realised....

I was reading my blogs I follow and found frogdancer talking about housework and the flylady. I need to bring her back into the house as I found her system worked to a degree, I altered it to fit my needs but basically doing a bit of work each day stops me having to dedicate and entire day to cleaning the house and then ending up feeling very resentful that no one else does it.

I get the girls to wash the dishes on alternative nights, sort of works with one of them, the other one has the art of procrastination to a fine art! Now I need to up the ante and get some more help, I think if I can get them to clean up places like their bathroom then they will hopefully want to keep it clean to avoid having to clean it up all the time.

wish me luck!!, maybe you should wish them luck too lol
Posted by Libster at 9:30 PM 1 comment:

Yesterday one of my friends and I went for our first training ride for the round the bay. We went for a ride along a path alongside the freeway. We did 30km round trip, the trip outwards took us an 1hr 15min as we had a hideous head wind. The return trip only took us 45mins! 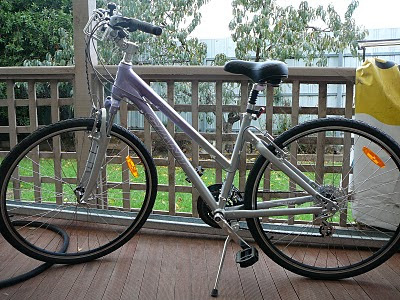 I love my bike!!! it was so comfy. my poor friend had a sore butt from her seat.

Today I feel fine, so will be doing a longer ride next time for sure.... 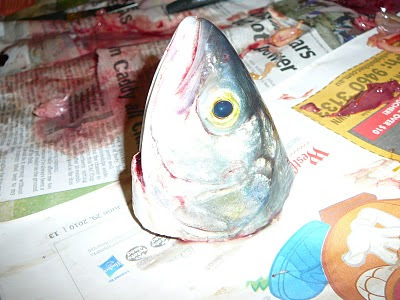 The fisherman came home and taught the girls how to gut fish last week, I ended up with fish n guts all over the place, but they all did a great job.

Not enought sewing has been happening here, but with luck will be going to my guild night tommorrow to hear one of my friends talking about her quilting journey and hints and tips of how to produce better quilts.
Posted by Libster at 9:14 PM No comments:

Oh my, the holidays have raced away with me.

So much has happened in the last few weeks. My mum has gone into hospital and had a brand new knee installed, she is now hobbling around and has a new friend in her room who also got a new knee, she informed me that they are now racing up and down the corridor with their frames! She will go to rehab for a few weeks till she is confident on her legs again.

the fisherman has a lurgy and wastes no time letting me know that he isn't well, poor thing, I know he isn't well but I cant be too sympathetic to him!

The froglet and the noisy one had an incredibly busy day today, as did I, they competed in our swim clubs annual invitational. Poor girls, they swam all their individual races and then also were put into all the relays, so they swam 10 races each, I'm confident they will sleep well.

I helped also being the club secretary, and ran around the pool doing various tasks as needed. The one thing I really hate doing is asking (they tell me not to ask but to tell) the parents that it is their turn to do time keeping. I am happy to do my turn at time keeping, but really really hate asking/telling others... the parents should be begging me to let them time keep LOL.

I have also been watching the tour De France, I'm getting inspiration for my first big bike ride later this year, I am doing the round the bay, but only the 50km over the westgate bridge and back... I think that will be more than enough!

I was going to add some photo, but I think my gym buddies and work colleagues might kill me for some of the pics I have! I ha vent uploaded photos from the last few days so maybe once the girls are back at school I might catch up with stuff around the house... HA!
Posted by Libster at 10:29 PM No comments: