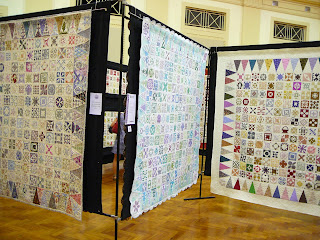 Today was the day I finally got to go to the dear Jane exhibition that I have been waiting to see for what seems forever!! 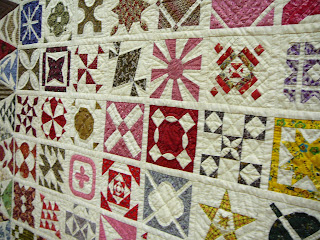 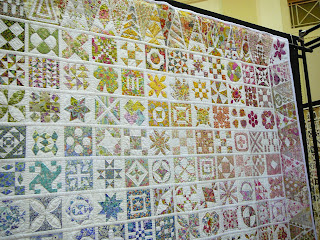 There was traditional ones that followed the pattern and colour precisely, then there were the variations on colours and placement of the blocks themselves.  Each and every quilt was a joy to behold. 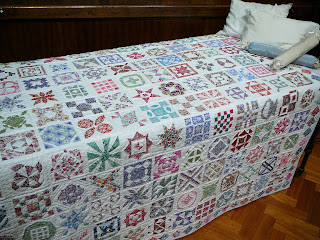 I took many photos of the quilts and then the blocks themselves to use for my  own reference while I attempt to drive myself mad reproduce them exactly as the photo shows them.  The one with circles and leaves I have always thought for some reason was a bike!  therefore to me its the bike block! 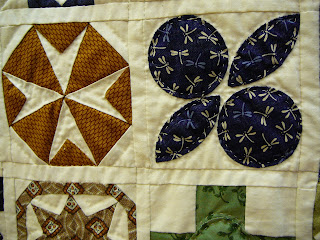 There was one quilt that rather than piecing with material she embroidered all her blocks, one for Maddie!! 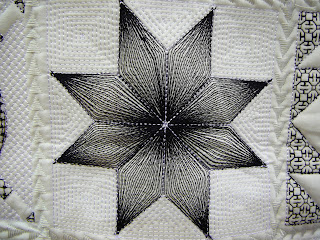 I had several light bulb moments when I looked at a block such as the one below that I had tried to make and put aside in frustration.... duh!  applique the outside diamonds!!  why didn't I think of that?! 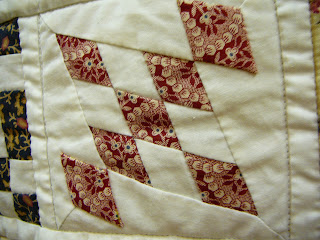 I am also making the outside pieced triangles between some of the squares for several reasons.  One is for variety and the other is so that when i have finished all the squares and then I realise I still have all the bloody triangles to go I wont think stuff it and not complete them as I will be either finished them or at least halfway through! 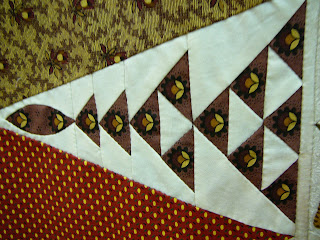 The hand piecing was spectacular, the applique simply exquisite. 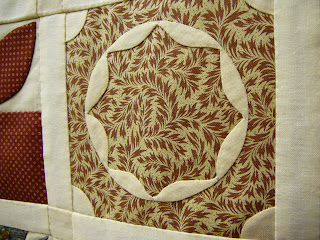 There was one quilt that had a block that instantly appealed to my bogan side.  In the outside top corner was 4 blue stars, I saw them to be the southern cross... I'm so going to copy that idea!!

There was several with fun names, some baby Jane's that are smaller sometimes due to quilters deciding they cant finish them or change their minds or run out of time!!  Its always wonderful to see other peoples work and take home with you an urge to get your project out of mothballs and finish the blessed thing!!
Posted by Libster at 3:57 PM 2 comments: