It was the swim clubs annual Invitational yesterday down at our pool.  We work hard for months to make sure the meet goes swimmingly (LOL pardon the pun). It did.  Although we lost the cup to another local club we had some great times done by the kids and I think we made a little money. 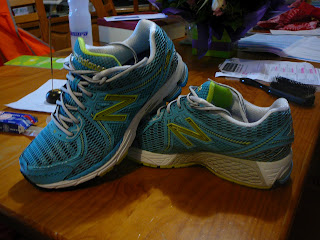 I had to buy some new runners, my pretty but very comfortable rainbow NB weren't giving me the support they used to.  So I did my research online and found the next editions... not quite as colourful but still pretty.  Then I had to find the suckers......  I lucked in when I walked into my local athletes foot and found them ON SALE!!  bargain.  They are a bit brighter than the photo shows them too. 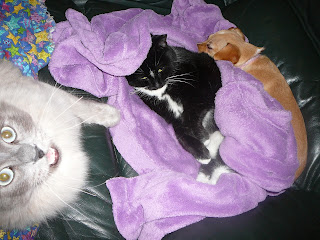 Poor cookie, Milly and Lilly curled up together and he got hissed at!  He was mewing at me here, telling me he wanted in. 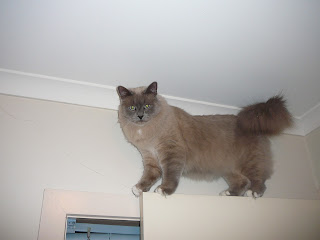 He has found he likes heights.  But has a little trouble getting down.  He holds his paw out to me when he is ready to come down.... he wants to use me as a human ladder but I wont let him. 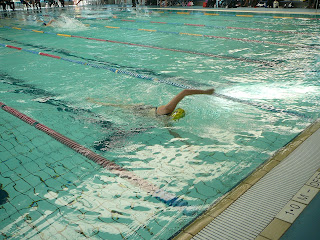 Heres a shot of the froglet doing some freestyle.... She was knackered, did 9 events yesterday and the noisy one did 7 events.  Both of the girls got bronze in their fly which was great as it was one of their last events of the day and they were spent.

Not much time to sew... I'm now putting the binding onto the baby quilt so will actually have this quilt finished either before the baby is born or just after for a change!!
Posted by Libster at 10:15 PM 1 comment: 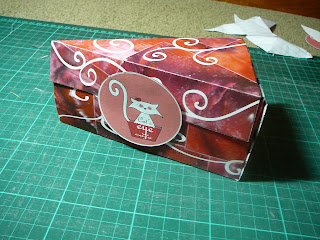 The Froglet has been doing Vis Com as one of her year 12 subjects. Lots and lots of work involved here. hours in fact.  This was the package she presented to her teacher for the end of first semester.  She had to design the entire package, make it and have the folio work to go with it.
She got an excellent report for all her subjects and passed them all. 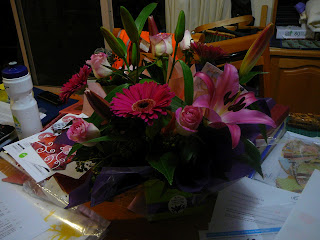 It was the fisherman's and my 22nd wedding anniversary last month, I though he might have forgotten it, but he truly surprised me with a beautiful box of flowers.  I love Lily's they smell Divine. 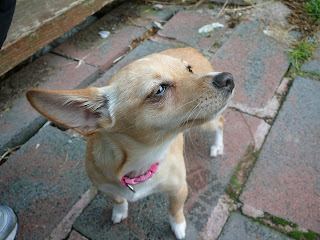 Little Milly is growing bigger, but not that big LOL.  She loves to sit on my knee or right beside me whenever she can, unless she is chasing the cats lol.
Posted by Libster at 8:38 PM 4 comments: