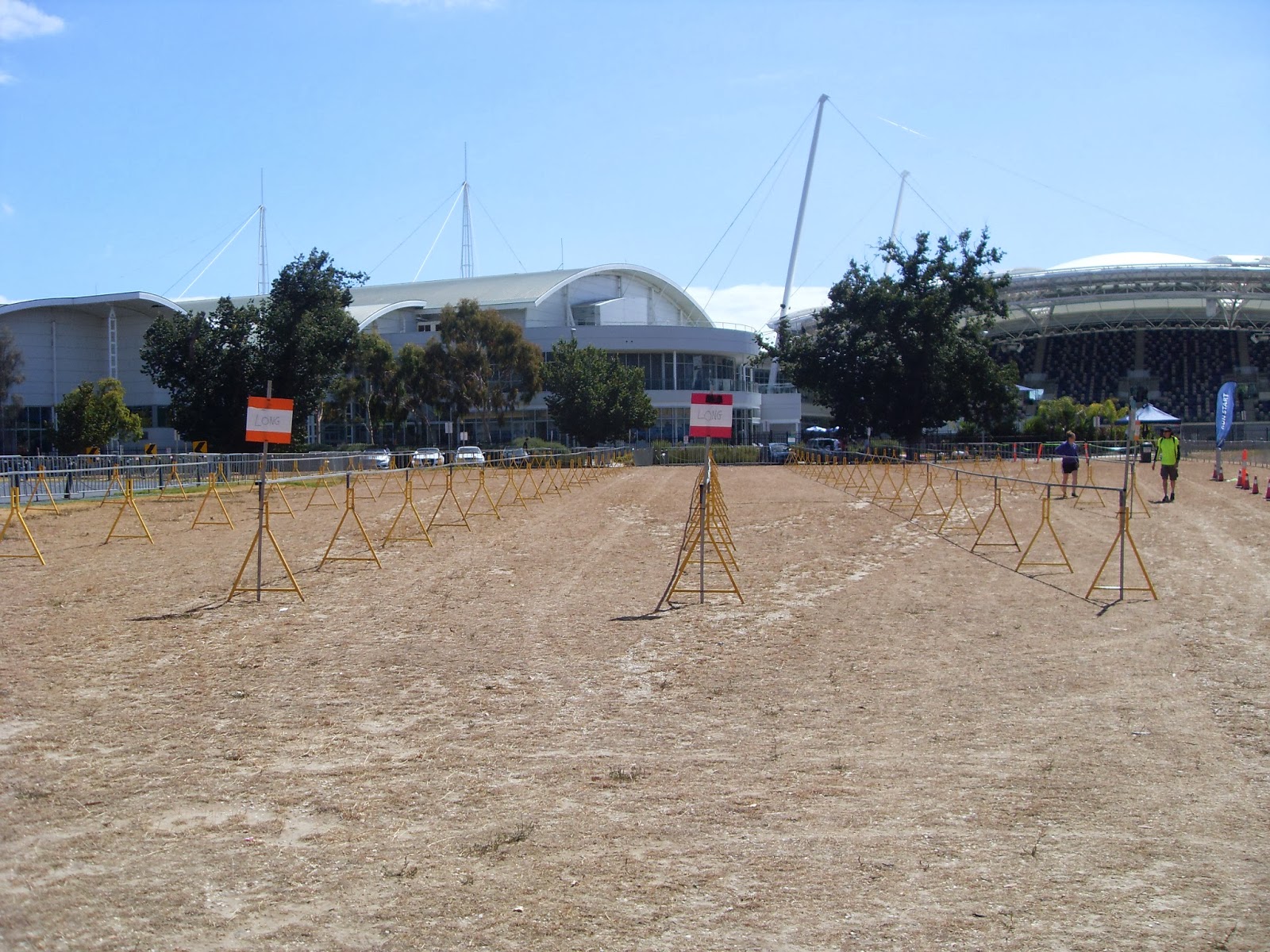 Today was not only Australia day but it was also my triathlon and the noisy ones first triathlon!  The morning was perfect, sun was shining and the temperature spot on for a great event. 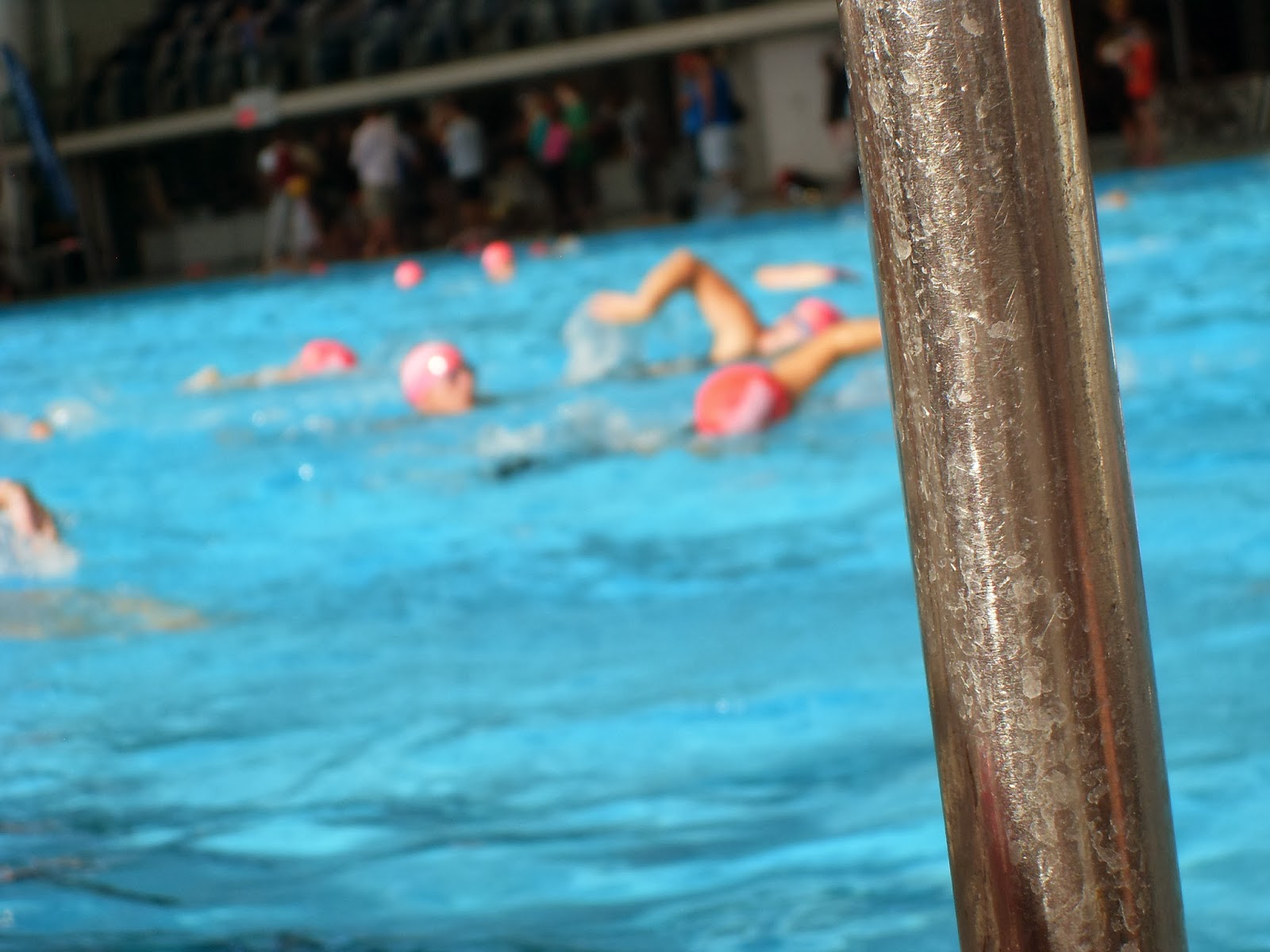 The noisy one did the short course, 100m swim, 3 km ride and 1km run.  Of course she blitz the swim, did the most graceful dive of the day!  then looked the part on the bike... unfortunately she felt rather nauseated by the end of the ride and did the Aussie thing and had a good old fashioned chunder as she ran out of transition.  A bit of a walk and she came good to run home strongly. 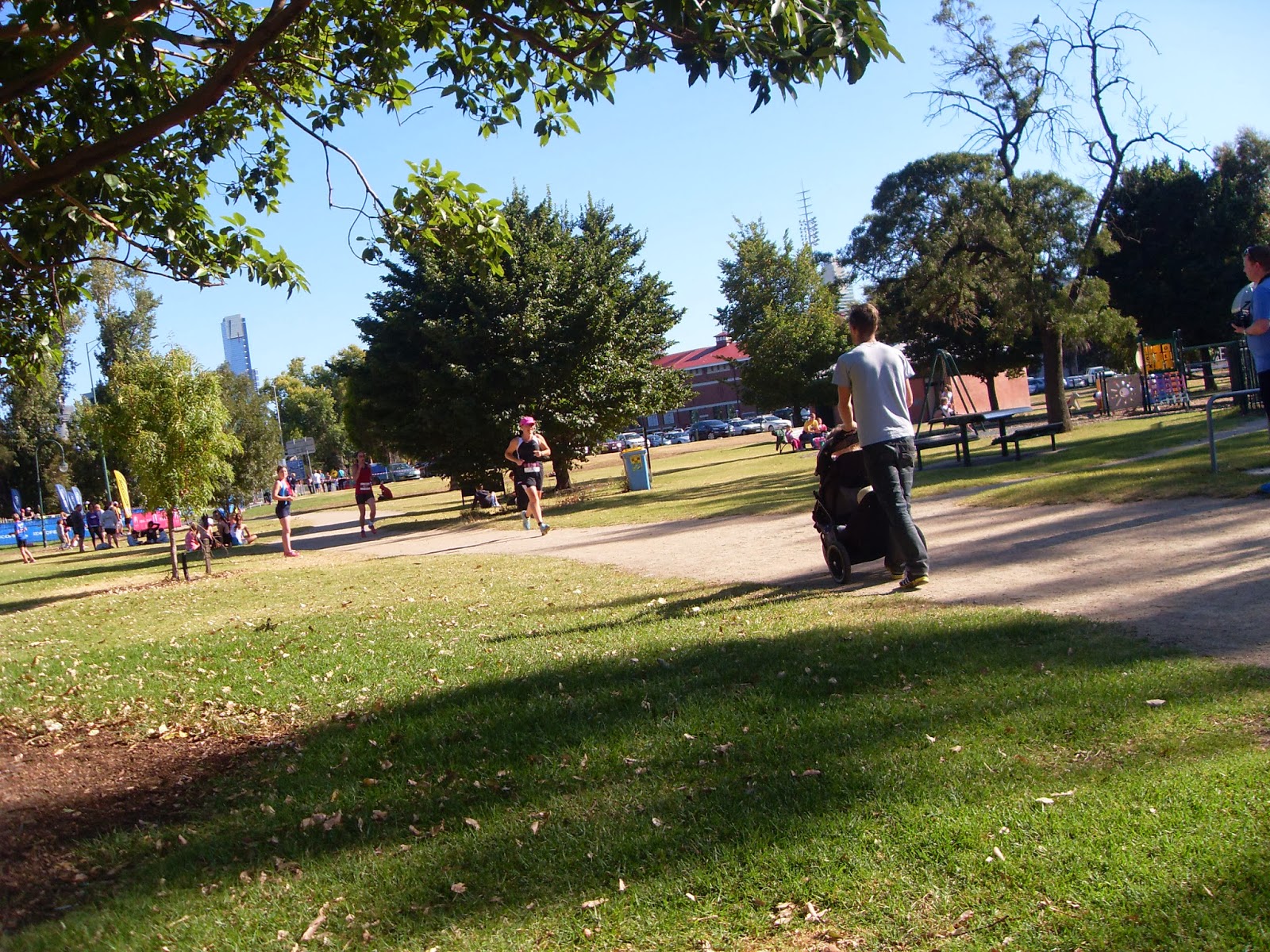 I'm very proud of her for having a go, shes been my biggest supporter at my triathlons for the past 4 years I have dragged her out of bed at ohmygodisthatthetimeoclock! She enjoyed the event and I think she is considering doing the medium course next year (she will be overtaking me soon!).

I hope that you all had a great Australia day... I just popped out the front of my house to watch the local councils fireworks, lucky I don't have to travel to get a good view!
Posted by Libster at 10:04 PM No comments: 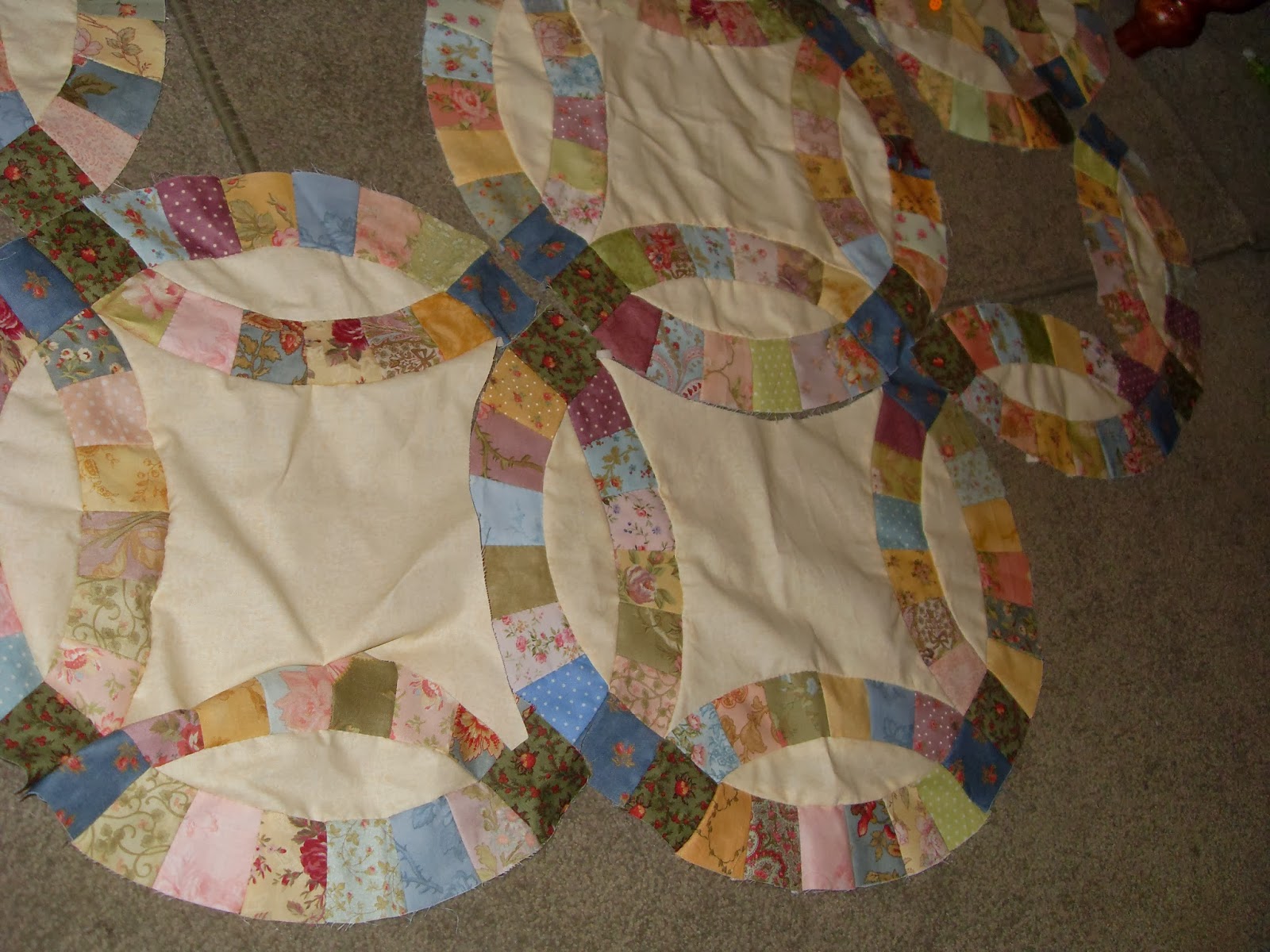 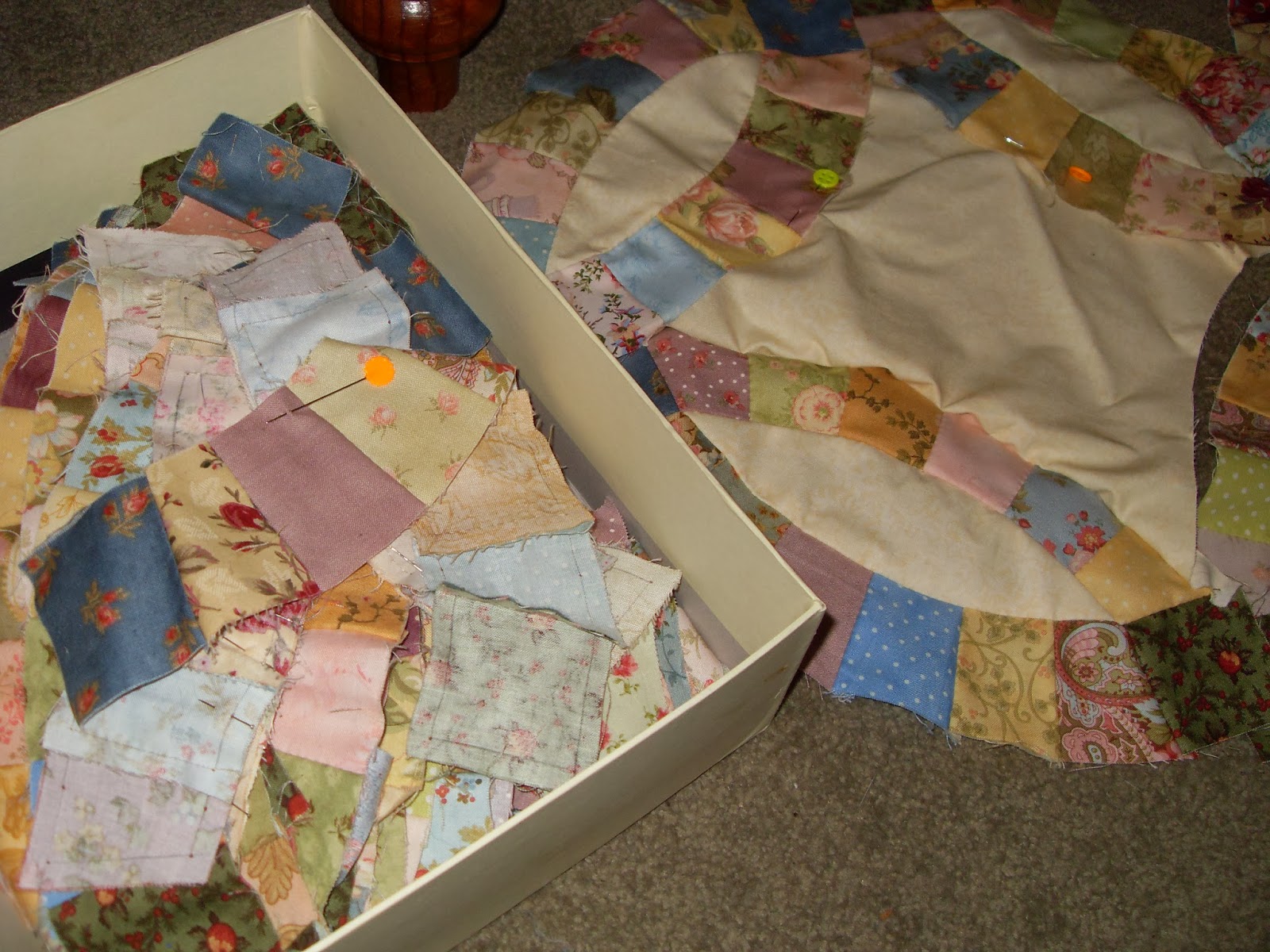 It has been very hot here, so Ive been doing some hand stitching in the cool of the air conditioning.

I laid out what i have done so far.... yes don't panic I know that the cornerstones aren't all going the right way..... 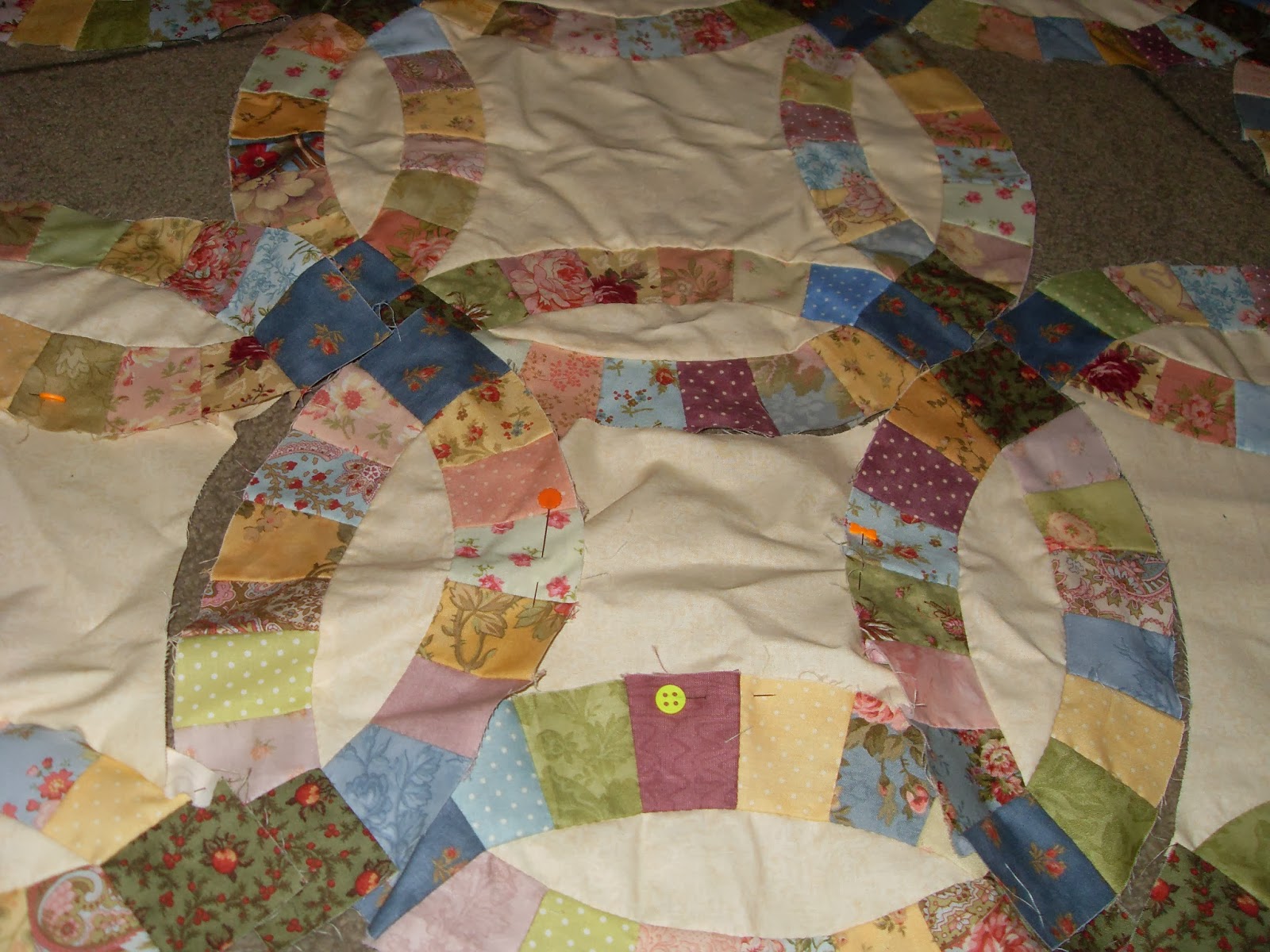 Last year my friend and I went to the tennis for the Australian Open, her son was doing ball kid duties.  He got in again this year and we decided to go on the Thursday.... yes it was the stinking hot day from hell.  We arrived  about noon and found seats in the court that would be soon having women's doubles with the William sisters.  I watched them last year and was looking forward to this game.  But then the heat rule was set in action and all games were stopped until further notice. 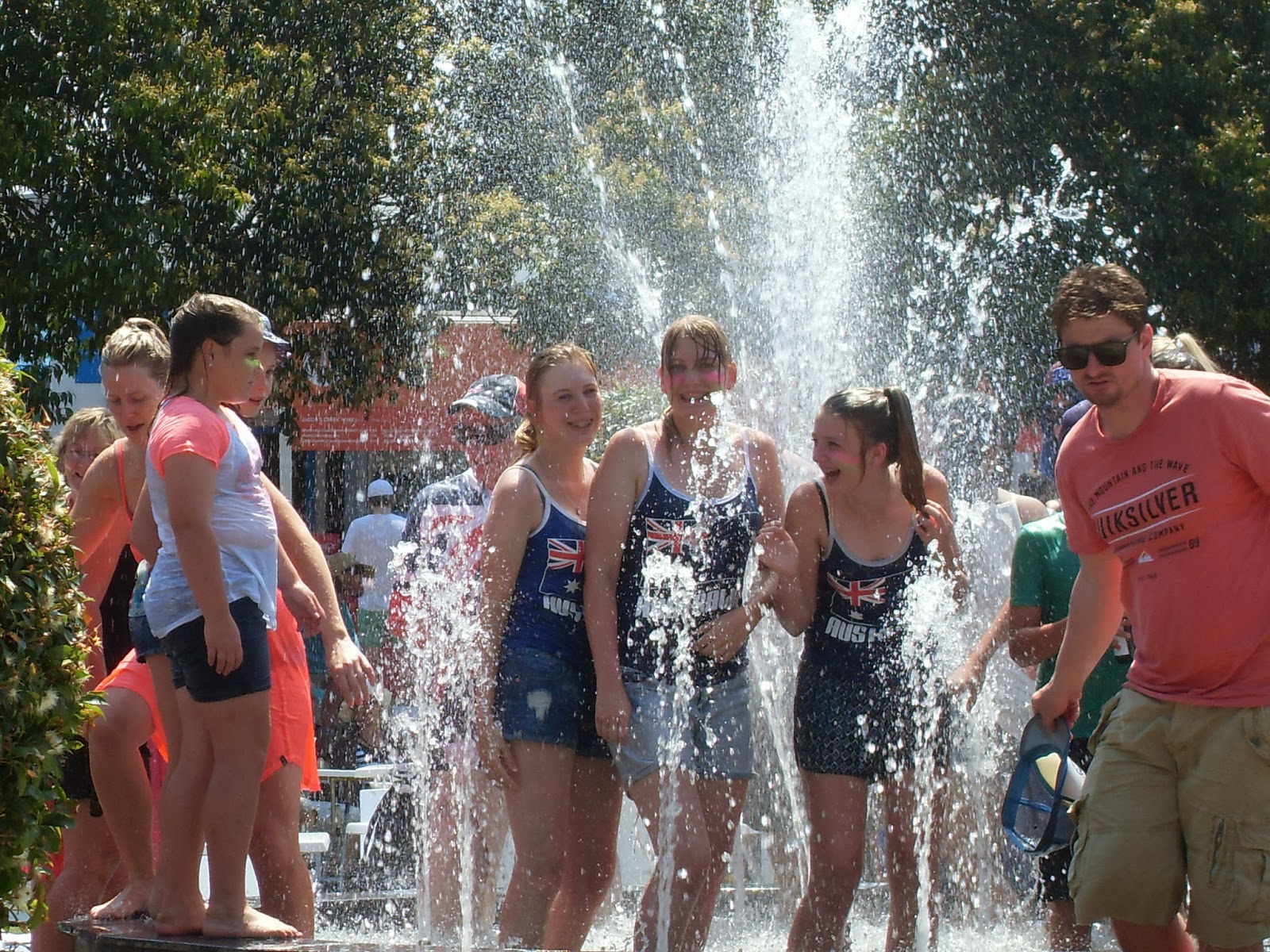 So we decided to go and find a cool spot.. what could be cooler than the fountain?  Yes we got in fully clothed, shoes and all.  We shared the fountain with mostly kids to start with, then other adults seemed to decide that we looked like we were having such a good time and joined us. 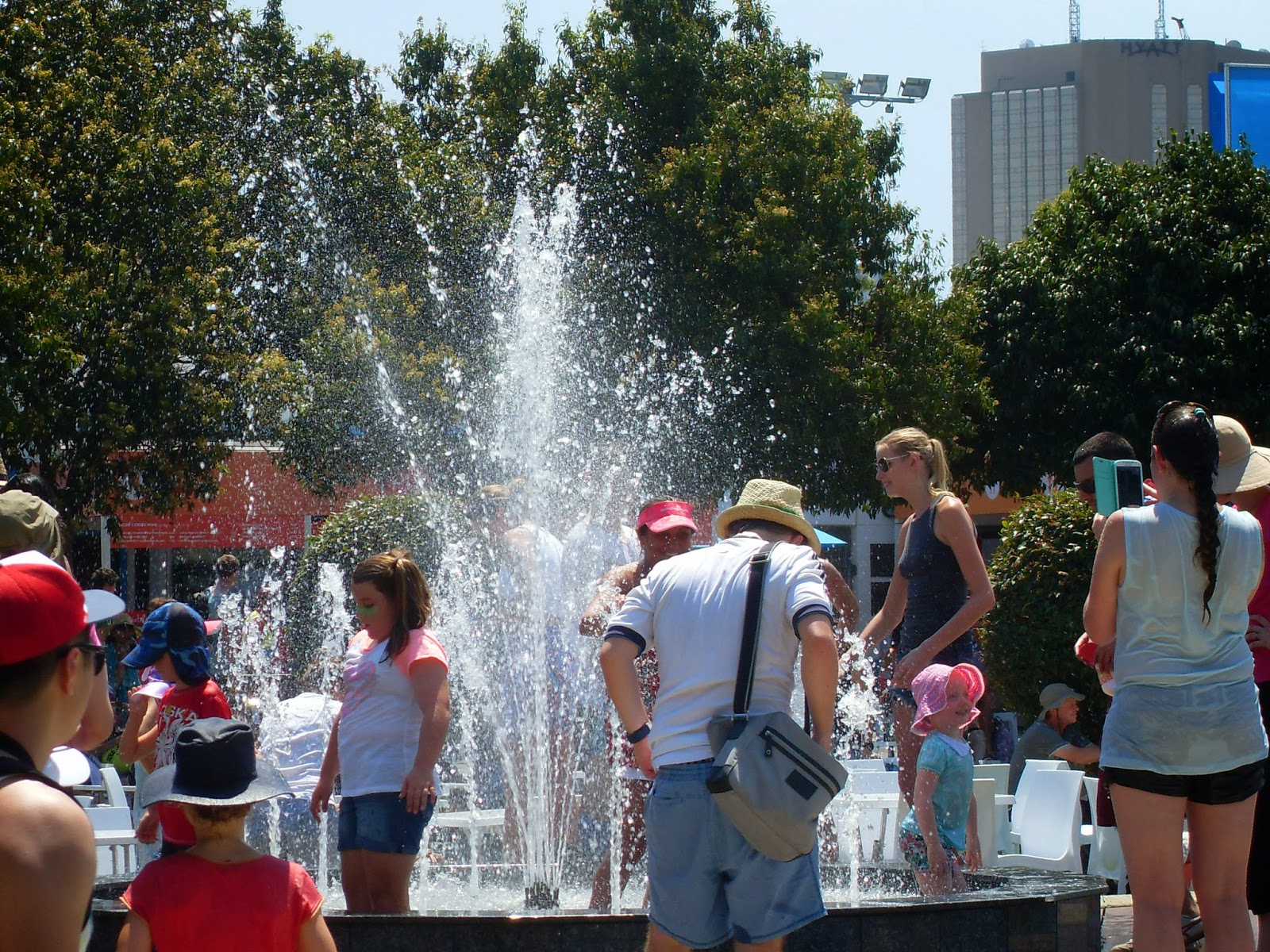 When play finally resumed it was 4 hours later and matches had been cancelled and games moved around.  We had also planned on watching Sam Stosur playing doubles in Margaret court but she was moved to an outside court, which was by chance the same one her son was working on. 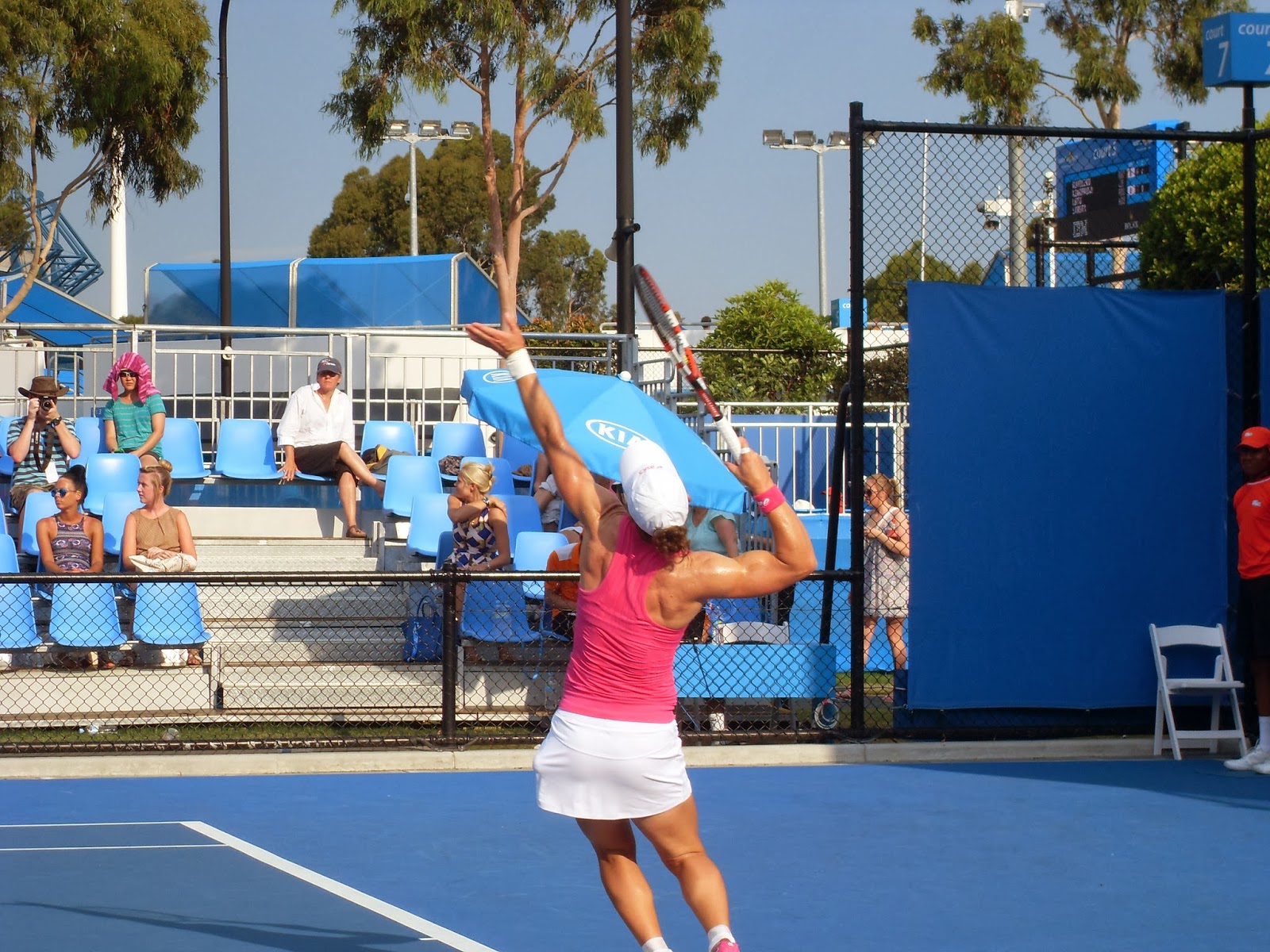 We sat in the front row and could almost reach out to touch her!  She still has amazing biceps that my bestie and I could only dream of!  she and her partner won the match easily and dispatched their opponents in just under an hour. 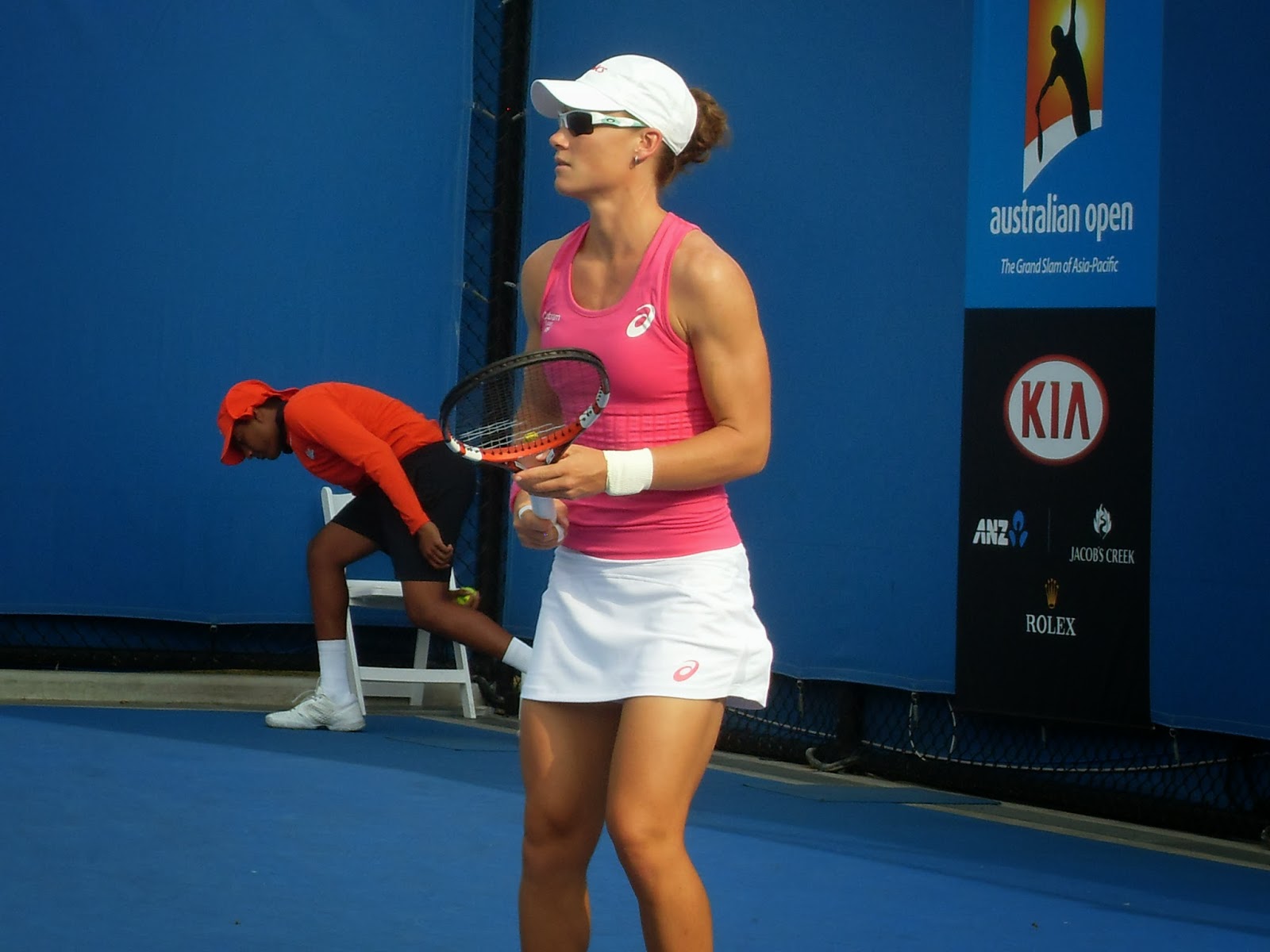 While we watched her a storm was coming closer, we could see lightening over the northern suburbs.  Then my eldest txt me to let me know a wall of water was heading our way.  It hit us and then play stopped again... sigh.  At least we know her son can mop floors!! 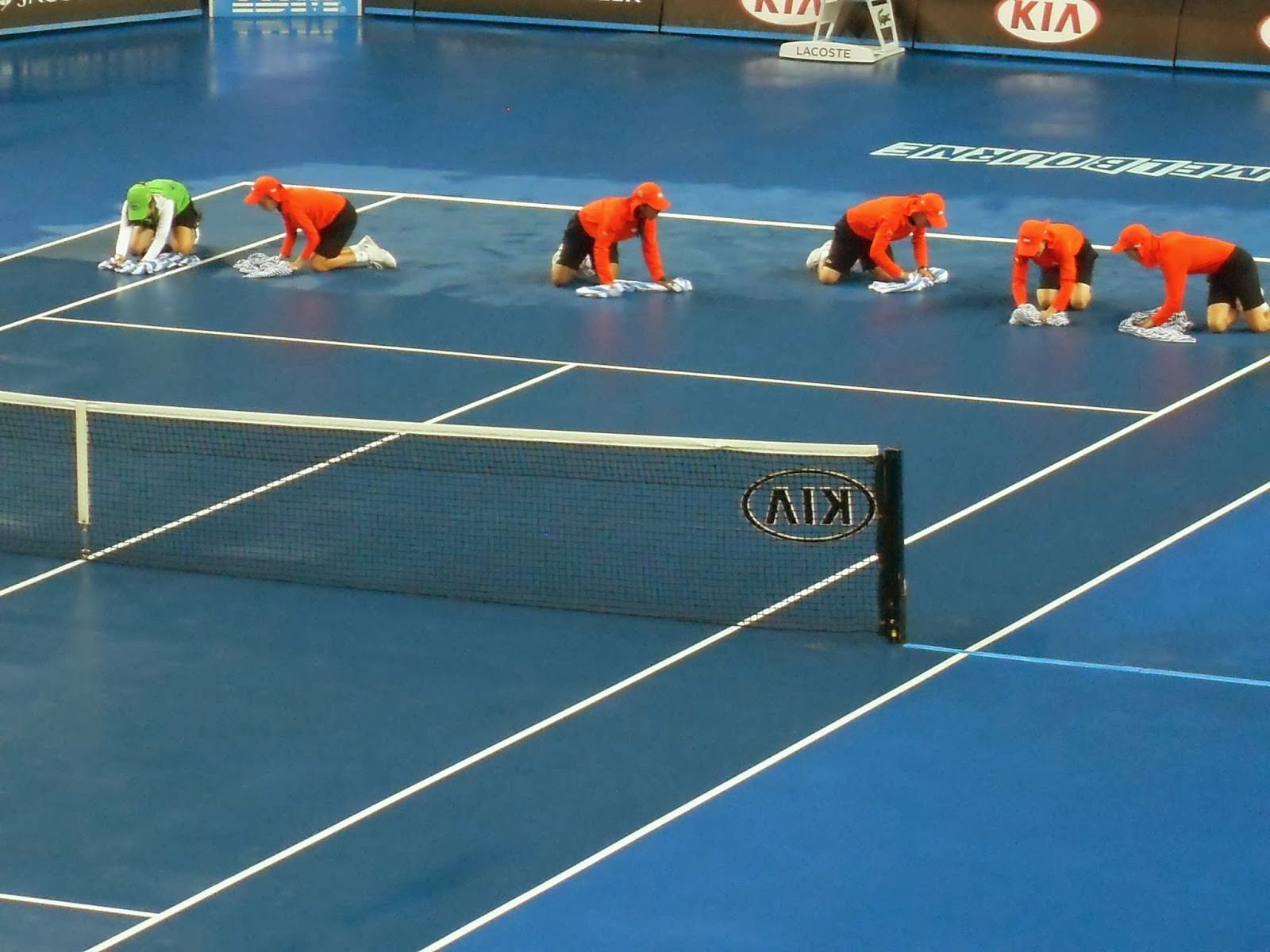 we had a great day regardless!
Posted by Libster at 12:41 AM No comments: